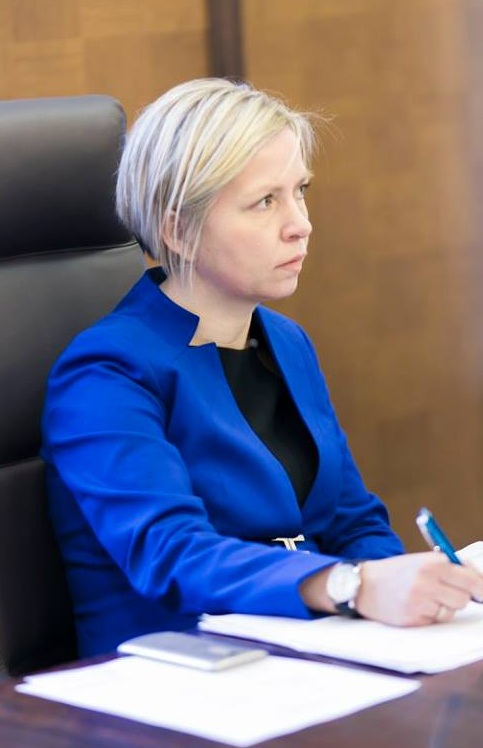 Monika Florczak-Wątor is a professor at the Constitutional Law Department of the Jagiellonian University and the Director of the Interdisciplinary PhD Program "Society of the Future". She completed legal studies at the Faculty of Law and Administration of the Jagiellonian University (2001, diploma with honours) and studies in political science, specialising in international relations, at the Faculty of International and Political Studies of the Jagiellonian University (2002, diploma with honours). She also studied at the Faculty of Law of Katholieke Universiteit Leuven, Belgium (winter semester of academic year 2000-2001). She was granted the degree of doctor of law (PhD) in 2005 on the basis of doctoral dissertation titled "Types of Judgments of the Polish Constitutional Tribunal and Their Legal Effects". This dissertation was granted the prize for the best doctoral dissertation in the field of constitutional law in the competition of “Przegląd Sejmowy”.

Prof. M. Florczak-Wątor was granted the degree of doctor habilitated in the discipline of law on 23rd March 2015 on the basis of academic achievements and the monograph titled "Horizontal Dimension of Constitutional Rights". In 2005 she passed the final judge examination. Currently she is an attorney-at-law and a mediator, a member of the Krakow Bar Association of Attorneys-at-Law, a member of the executive board of the Polish Association of Constitutional Law and a member of the European Group of Public Law, one of whose functions is that of a scientific council of European Public Law Organization based in Athens. Furthermore, she is a member of the Programme Council of Wiktor Osiatyński Archive, a member of the Legal Experts Group of the Stefan Batory Foundation, as well as a member of the International Faculty of the European Law and Governance School in Athens. From 1st October 2004 to 31st March 2017 she worked at the Office of the Constitutional Tribunal, initially as an adviser, then a senior adviser in the Case Law and Studies Department, then as an assistant-expert in the Tribunal’s legal service. She is the secretary of "Przegląd Konstytucyjny" [Constitutional Review] journal and a member of the editorial committee of “Zagadnienia Sądownictwa Konstytucyjnego” [Issues of Constitutional Jurisprudence] journal. She delivered numerous training sessions and lectures for judges, trainee advocates, and trainee bailiffs as well as various public institutions and NGOs. She was granted four prizes of the Rector of the Jagiellonian University for academic achievements (2007, 2010, 2015, 2016) and four prizes of the Rector of the Jagiellonian University for the high quality of teaching work (2011, 2012, 2013, 2018).

In 2013-2015, prof. M. Florczak-Wątor was the principal investigator of an international research project called “The horizontal dimension of the constitutional rights in a comparative perspective”, financed by the Foundation for Polish Science (grant under POMOST programme). Participants of the research project included academics from Poland, Switzerland, Albania, Greece, and Ukraine. The project ended with the publication of three books and several articles in Polish and foreign journals.

In 2014-2018, she implemented an individual research project financed by the National Science Centre “Protective obligations of the State in horizontal relations in the light of the Polish Constitution and the Convention for the Protection of Human Rights and Fundamental Freedoms" (grant in OPUS 6 competition). The project ended with the publication of a monograph and several articles in Polish and foreign journals.

Currently, prof. M. Florczak-Wątor is the principal investigator of a team research project implemented with academics from Poland, Spain, Italy, and France “The particularities of the constitutional court’s lawmaking activity and its limits" (grant in SONATA BIS 5 competition). She is also taking part in the implementation of a research project “Theory of argumentation and legal reasoning in a constitutional rule-of-law state".